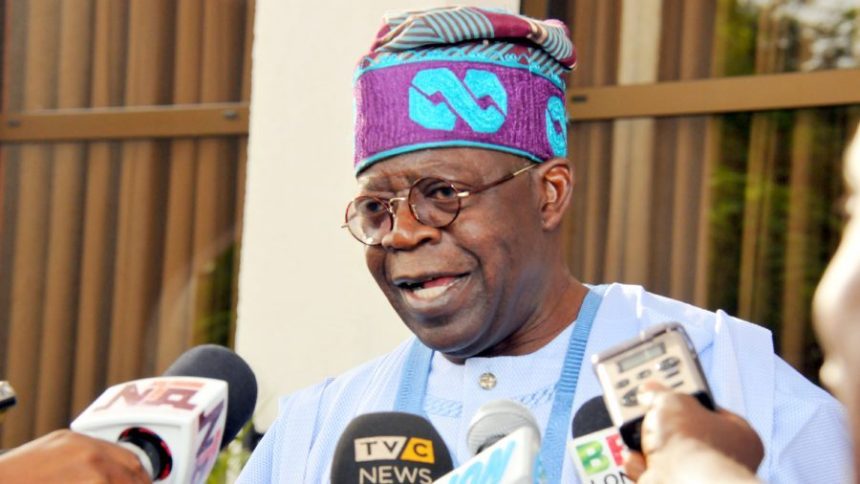 After days of silence, former Lagos State governor and national leader of the All Progressives Congress, Bola Tinubu, has given his views on the newly established security outfit by governours of the South-West named Amotekun.

According to Tinubu, the creation of the new outfit is not in any way a threat to national unity as claimed in some quarters.

In a statement on Wednesday, Tinubu said, “Those claiming that this limited, inoffensive addition to security threatens the republic have taken themselves upon a madcap excursion.

“Those claiming that the Federal Government seeks to terribly suppress the South-west have also lost their compass.

“Those who occupy these two extremes have sunken into the dark recesses of fear and political paranoia that can undo a nation if such sentiments are allowed to gestate.

“Amotekun is a matter of serious concern entitled to sober thought. However, it has been turned into a political tug-of-war.

“Question those in favour of Amotekun. Most have but the vaguest notion about it. They know few details yet vigorously attribute to its opponents the most negative intentions. Ask those who oppose Amotekun, they are equally ignorant of its provisions. They oppose the initiative not on its merits but merely because it was proposed by their political opponents or because they don’t see an avenue for personal gain from it.

“Until now, I have deliberately maintained a studied silence regarding Amotekun. Many have tried to goad my swift public reaction. Those who have taken this road did so not because they care about Amotekun or even the people it intends to help protect. They did so knowing this had become a delicate and emotional issue for many.

“If truly I am a political leader as I am often described, then I have not the luxury of hasty, ill-conceived utterances.

“I believe in this nation and its benign prospects. Equally, I do not cow to the demands of those who press for me to make a premature statement on an important issue.

“Again, that is a game devised by those who care more about political cleverness than the quality of governance. I chose to talk when my position has been made ripe by a collection of the facts and a reasonable assessment of those facts.”

The Luanda Leaks – all you need to know
Chaos as Militants Overran Airfield, Killing 3 Americans in Kenya
Advertisement