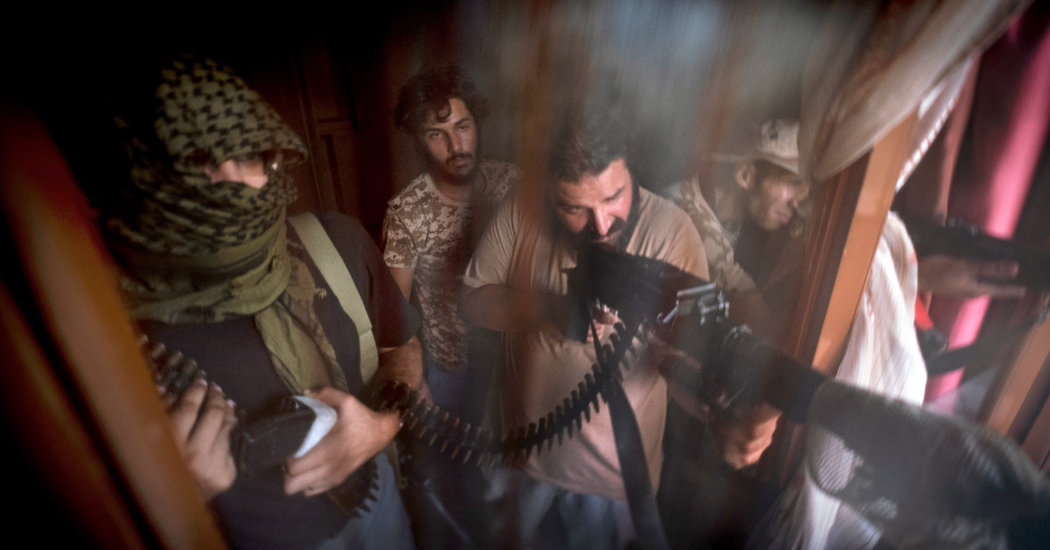 Libyan Rivals Announce a Truce in the Battle for Tripoli

CAIRO — Libya’s warring parties have agreed to a cease-fire that took effect after midnight on Saturday, stoking fragile hopes for an end to months of escalating foreign-backed fighting around Tripoli, the capital, that has threatened to push the country into a major conflagration.

The cease-fire was first raised by President Recep Tayyip Erdogan of Turkey and President Vladimir V. Putin of Russia at a meeting in Istanbul last week, ostensibly to end a surge in fighting that had caused thousands of deaths and displaced 300,000 civilians, according to the United Nations.

Turkey and Russia are also protagonists in the fight, backing rival Libyan factions as part of a broader struggle for strategic and economic advantage in the Mediterranean. And it was not immediately clear whether the truce would be respected on the ground, where an array of loosely allied Libyan militias backed by foreign military forces are leading the fight.

A spokesman for Khalifa Hifter, the commander based in eastern Libya whose forces have been laying siege to the capital since April, announced the truce. The beleaguered United Nations-backed government, whose authority is limited to a corner of western Libya, welcomed the move.

Even as the two sides agreed to stop shooting, there were signs that some officials believed the truce might not last long. In fact, each side soon accused the other of breaking the cease-fire, amid reports of continuing fighting around Tripoli. And few details about the cessation were available on Sunday, including whether Mr. Hifter had agreed to withdraw his forces from around Tripoli.

Mr. Hifter’s spokesman, Ahmed Mismari, warned in a video statement of a “severe response in the event of any violation of the truce by the opposing camp,” Reuters reported. On Thursday, officials with the Tripoli government had stressed that their priority would be to protect citizens from Mr. Hifter.

Mr. Putin lobbied other countries to press for the cease-fire on Saturday, making phone calls to the leaders of the United Arab Emirates and Qatar, which back opposing sides in Libya.

Many Western officials took Mr. Putin’s cease-fire effort as an attempt to undermine faltering European and United Nations-led efforts to broker a political settlement in Libya. But on Sunday, the United Nations mission to Libya welcomed the truce.

In a statement, the United Nations urged the warring parties “to make a room for peaceful efforts to address all disputes through a Libyan-Libyan dialogue.”

On Saturday, Chancellor Angela Merkel of Germany repeated her offer to host a summit meeting in Berlin to seek an end to the Libyan crisis. Ms. Merkel had flown to Moscow for emergency talks with Mr. Putin on the crises in Syria, Libya and Iran.

Mr. Putin and Mr. Erdogan, who back different sides in the conflict and have been accused of escalating the conflict, said they were taking the initiative in calling for a cease-fire to end hostilities and support United Nations-backed negotiations and the Berlin process.

International attention to Libya has grown in recent weeks as other countries have taken a greater role in the fight. Mr. Hifter’s campaign to capture Tripoli is backed by the United Arab Emirates, which launched airstrikes by warplanes and drones, and by a contingent of Kremlin-backed Russian mercenaries that arrived last fall.

Mr. Hifter has also received military support from Egypt, France and Jordan, despite a United Nations arms embargo on Libya.

Last week, Turkey authorized a troop deployment to bolster the Tripoli government, which had already received extensive supplies of Turkish drones and armored vehicles as the battle stepped up last year. Turkey has economic interests in the fight, too. Before Mr. Erdogan announced that he was sending troops, his government signed a contentious deal with the Tripoli government over oil and gas drilling rights in the eastern Mediterranean.

Emirati and Russian support has given a major boost to Mr. Hifter, 76, who has stated a desire to capture Tripoli by force. On Monday, his forces captured Surt, a strategic coastal city 230 miles east of Tripoli, after the militia controlling the city switched sides.