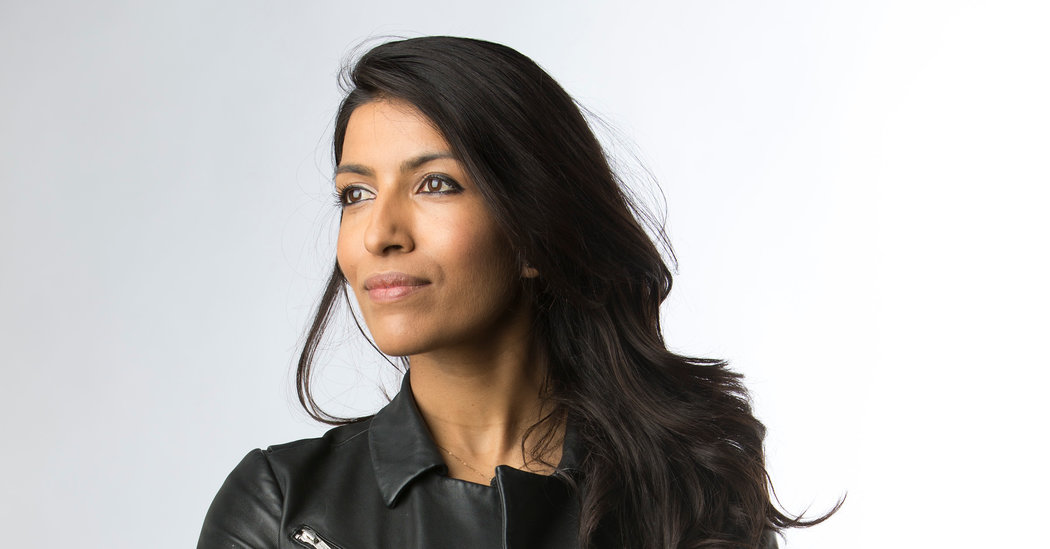 Leila Janah, Entrepreneur Who Hired the Poor, Dies at 37

Leila Janah, a social entrepreneur who employed thousands of desperately poor people in Africa and India in the fervent belief that jobs, not handouts, offered the best escape from poverty, died on Jan. 24 in Manhattan. She was 37.

Samasource, one of her companies, said the cause was epithelioid sarcoma, a rare soft-tissue cancer.

A child of Indian immigrants, Ms. Janah traveled to Mumbai, India, in the mid-2000s as a management consultant to help take an outsourcing company public. Riding through the city by auto-rickshaw, she passed an enormous slum. But after arriving at the outsourcing center, she found a staff of educated middle-class workers. Few, if any, of the nearby poor were employed there.

“Couldn’t the people from the slums do some of this work?” she recalled thinking, in an interview with Wired magazine in 2015.

It proved to be a galvanizing moment for Ms. Janah, who called the intellect of the poorest people in the world “the biggest untapped resource” in the global economy.

She went on to start Samasource in Nairobi, Kenya, in 2008 — “sama” means “equal” in Sanskrit — with the aim of employing poor people, for a living wage, in digital jobs like photo tagging and image annotation at what she called delivery centres in Kenya, Uganda and India. The workers generate data that is used for projects as diverse as self-driving cars, video game technology and software that helps park rangers in sub-Saharan Africa prevent elephant poaching.

At least half the people hired by Samasource are women, the company says.

“Leila had a vision about bringing the dignity of work and the promise of a living wage to the world’s most vulnerable,” Kennedy Odede, the founder and chief executive of Shining Hope for Communities, a grass-roots organization in Kenya that has worked with Samasource, said by email. Through her work, he added, “young people began to see different possibilities for their futures.”

The company has helped an estimated 50,000 people — 11,000 workers and their dependents — and regularly evaluates whether it is meeting living-wage requirements, Wendy Gonzalez, Samasource’s interim chief executive, said in a phone interview.

Another venture developed by Ms. Janah is LXMI, a luxury cosmetics line that has the same mission as Samasource: to hire marginalized people and give them a decent wage. Begun in 2015, it employs hundreds of poor women along the Nile River Valley, largely in Uganda, to harvest Nilotica nuts and turn them into butter that is exported to the United States for use in the production of its skin-care products. More people have been hired in other African countries and in India to harvest other ingredients.

The idea for LXMI came to Ms. Janah during a visit to Benin, in West Africa, where she saw local people growing shea nuts, from which butter is extracted, in their yards.

“I said, ‘Let’s build an export industry but only for poor women,’” she told Fast Company magazine in 2016. “We can solve poverty while also making our skin better.”

Leila Chirayath was born on Oct. 9, 1982, in Lewiston, N.Y., near Niagara Falls. Her father, Sahadev Chirayath, is a structural engineer; her mother, Martine Janah, held various jobs, including chopping onions at a Wendy’s restaurant, after immigrating to the United States. Leila began using her mother’s surname professionally about 10 years ago.

The family moved to Arizona before settling in the San Pedro neighbourhood of Los Angeles.

Leila’s desire to help improve the world gained traction when she was in middle school and joined the local chapter of the American Civil Liberties Union. During high school, she went to a rural area of Ghana as part of an international student exchange program to teach blind children; she learned Braille while she was there.

“I had never experienced anything like the poverty I saw there,” she said in an interview with Hearts on Fire, an organization devoted to social change. “It helped me to understand how poverty oppresses people.”

After graduating from Harvard in 2004 with a bachelor’s degree in development studies, Ms. Janah worked for Katzenbach Partners, a management consulting company in New York. She was later a founding director of Incentives for Global Health, which develops market-based financial solutions to meet health problems, and worked for the World Bank’s development research group.

Ms. Janah said the work done at Samasource underscored her faith in providing decent jobs to poor people. While most of the company’s employees hold entry-level positions, some have moved into managerial jobs and others have started their own small businesses.

Dean Karlan, a professor of economics and finance at Northwestern University and a founder of ImpactMatters, which measures the effectiveness of nonprofit groups, said Samasource had achieved its mission.

“It was laser-focused on creating work for the poorest,” he said in an email, and its results “were backed by sophisticated data systems that showed they got results.”

Ms. Janah, who died in a hospital, is survived by her husband, Tassilo Festetics; her parents; a brother, Ved; and a stepdaughter. She had homes in Manhattan and San Francisco.

On her blog in 2018, Ms. Janah described the challenges of being a social entrepreneur.

“We are fighting the battle of birthing a new venture,” she wrote, “while at the same time trying to show the world that we can inject a sense of justice into the business itself, rather than merely trying to rack up profit.”

Scottish businesses look to deepen Africa ties after Brexit
As D-Day approaches, is Africa really ready for the AfCFTA?
Advertisement