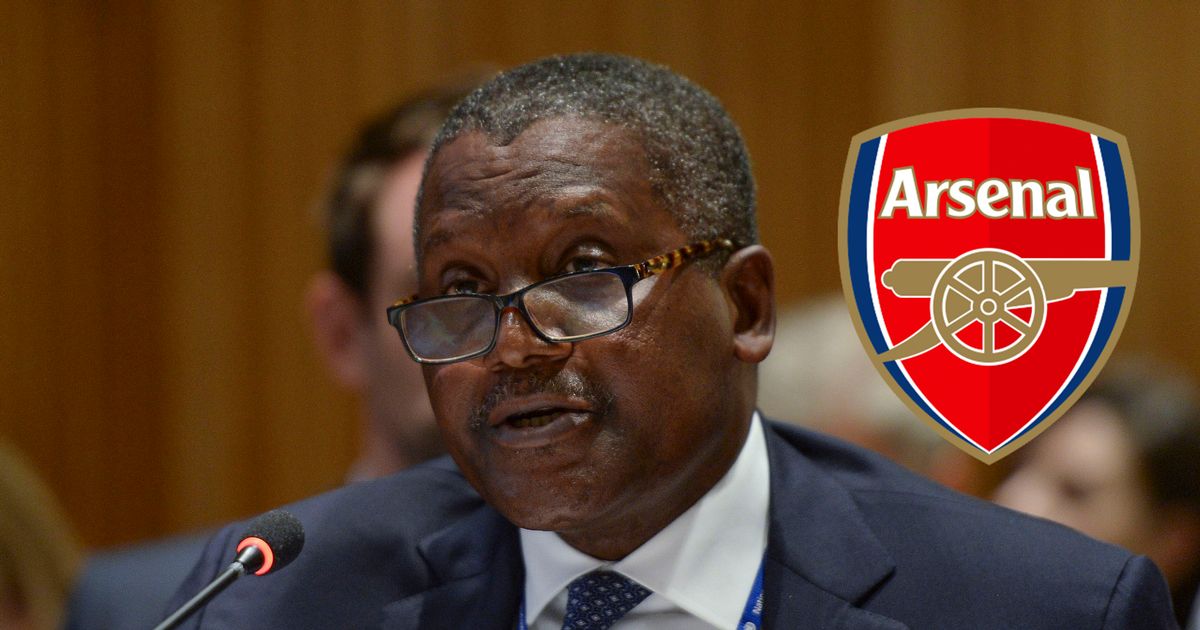 Africa’s richest man, Aliko Dangote, has revealed his plans to buy Arsenal in 2021 and take over from current owner, Stan Kroenke.

Dangote, who boasts a net worth of more than £8.5bn, according to a report by Daily Mail, made his fortune after founding Dangote Cement, Africa’s largest cement producer, and also owning stakes in publicly-traded salt, sugar and flour manufacturing companies.

He had promised a takeover bid in 2020 but with his refinery still under construction, he has moved the date back.

Arsenal fans’ frustration with current owner Stan Kroenke has been bubbling for years, with the Denver Nuggets and LA Rams owner rarely showing his face at the Emirates while the English Premier League side continue to look rudderless behind the scenes in their search for a route back to the top four.

Dangote said, “It is a team that, yes, I would like to buy someday, but what I keep saying is we have $20bn worth of projects and that’s what I really want to concentrate on.

“I’m trying to finish building the company and then after we finish, maybe sometime in 2021 we can.

“I’m buying Arsenal when I finish all these projects because I’m trying to take the company to the next level.”