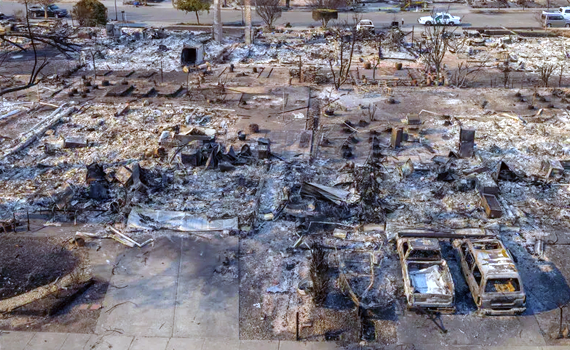 As cliche as this line is, when it rains, it truly does pour. While everyone in the U.S. is focusing on the devastation that has overcome the city of Houston, Texas due to Hurricane Harvey, natural disasters have been occurring for roughly three months on Africa’s continent. 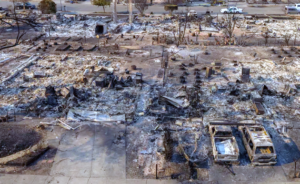 Since the rainy season began in June, severe flooding and dangerous mudslides have been devastating countries. Reuters reports in Niamey, Niger, the country’s capital, that 43 people have died. In the Eastern Congo, 200 have perished due to intense rainfall.

The most devastation has occurred in Sierra Leone’s capital, Freetown. Almost a fortnight (that’s two weeks) ago, a mudslide took place, killing roughly 1,000 people while the Red Cross reported another 600 missing on August 17th. Family members of those fallen are urged to come to identify the bodies, and hundreds of burials have occurred since the August 14 disaster.  According to Reuters, 90 miles away from Freetown in Guinea’s capital city Conakry, 19 bodies are reported to have washed ashore today. Guinea is also dealing with the aftermath of a mudslide that happened last week, killing ten.

Poor drainage systems in Freetown have been partially to blame for the devastation, as intense flooding has taken place.

Year after year, we experienced record-breaking excessively high temperatures, intense winters in areas that don’t normally get very frigid, rising tides, droughts, and heavy amounts of rain. For those of you who don’t believe in this one thing called science, or the other related two things called Global Warming and Climate Change, you’re playing yourselves.

There are so many ‘natural disasters’ springing up at this rate, there isn’t enough money flying in all directions to help everyone, and those at Red Cross might as well have beepers (I know, super outdated) because they will be called on around the clock at a moment’s notice to offer relief in another town for another disaster.

It’s no surprise that if we ignore a problem for decades on end, consequences will arise eventually. Some like to blame the Baby Boomer generation, others believe Generation X added fuel to the fire, and furthermore the Millennials are bashed for overthinking the climate change issue and whining about the effects but the proof is all there: we ALL have played a role in killing Mother Nature.

Can you honestly tell me how big your carbon footprint is right now? What about your city’s or states? Do you conserve water, electricity, shop local, compost, recycle, repurpose, and bike and or walk every day? Buying a hybrid car and eating organic produce from the Farmer’s Market down the block is quite literally the tip of the iceberg. Please, please people, trust NASA on this one, they are literally paid to study these changes. I’m not writing this article to preach to anyone, as I know I can do better to maintain this planet myself, all I’m saying is instead of holding others accountable and pointing the finger elsewhere we all need to do what we can to make sure our children may have a chance at breathing somewhat cleaner air at the least bit because they sure won’t know what actual seasons are.